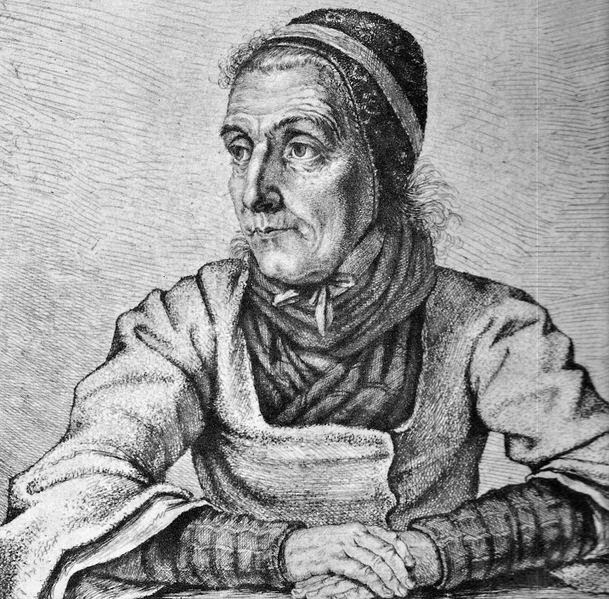 Born Katharina Dorothea Pierson (1755- 1815), Dorothea Viehmann, was the daughter of Johann Friedrich Isaac Pierson a tavern owner and as she grew up she was exposed to and learned lots of stories, folk tales, legends and myths from her fathers guests. But she had also probably gleaned lots of stories at home from her extended family who had had to migrate from France to Holland and then eventually to Germany due to religious persecution, as her fathers ancestors were Huguenots (French protestants).

Dorothea married the tailor Nikolaus Viehmann in 1777, when she was twenty two and had at least seven children before he died in 1787. She was then left to provide for her 5 surviving children, which she did by selling produce from her garden at the market. But for over two years after 1812 she also supplemented her income by sharing her storytelling with the Grimm brothers, whilst they transcribed them for their collection of fairy tales. (note:1)
The Grimm brothers were said to have been amazed not only by the number of stories in Dorothea ("fairy woman Zwehrn's") repertoire, but also the way she was able to faultlessly retell them over and over again.


"One of those good chance it that we have a farmer's wife met from the nearby near Kassel village Niederzwehren ... The woman Viehmännin was still vigorous and not much more than 50 years old ... She kept the old legends firmly in mind ... "  (note 2)  Wilhelm Grimm 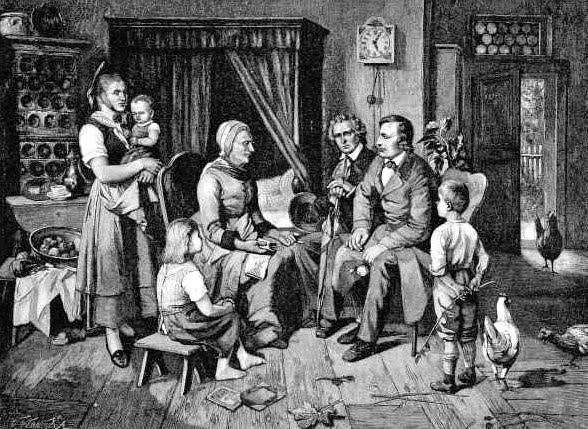 Jacob and Wilhelm did not discover Dorothea until after their first edition was published and she did not keep the best of health, so they only knew her for her last two or three years of life. However Jacob and Wilhelm sourced over forty tales from this talented storyteller.


Note 1:
I was taken by the struggle of this woman and the harsh realities of her life. The death of her husband was documented on many websites. However the birth dates of her children contradict this information as does her husband Nicholas Schneider Viehmann's (1724-1825) dates which reveal that he actually outlives Dorothea by ten years. So the storytelling Dorothea Viehmann has become the stuff of myths and stories herself. Though another website did suggest that they were separated due to his drinking habits and therefore Dorothea had soul responsibility for raising there children.

Note 2:
The other contradiction of Dorothea Viehmann's biography is that her husbands trade was a tailor but the Grimm's describe him as a farmer, in fact as times were hard probably both enterprises were taken to make ends meet.