In the next few posts I will be showcasing paper dolls that were usually printed as postcards or magazine supplements. Paper dolls were produced as simple inexpensive toys for children throughout the last two centuries. The first documented one 'Little Fanny', being produced by S&J Fuller, London in approximately 1810, and in America 'The History and Adventures of Little Henry', published by J. Belcher of Boston in 1812. 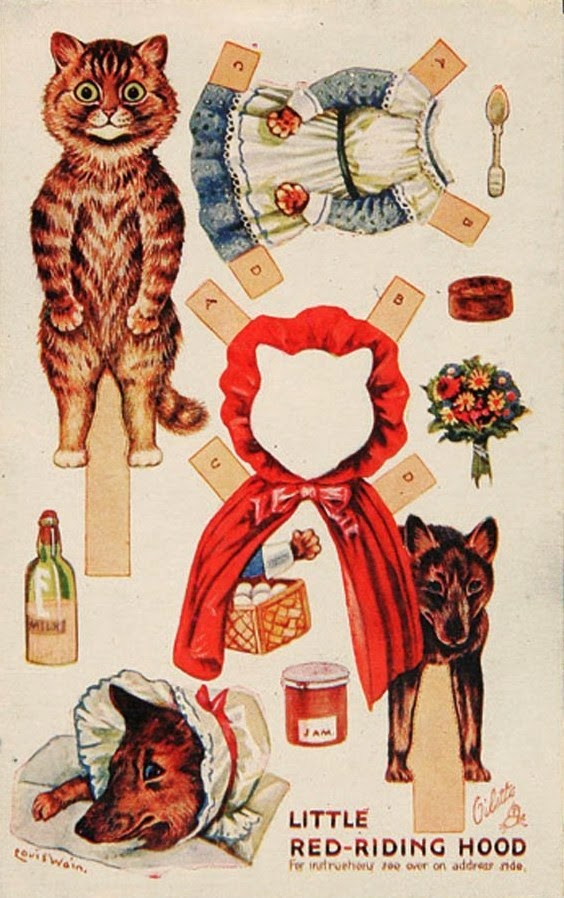 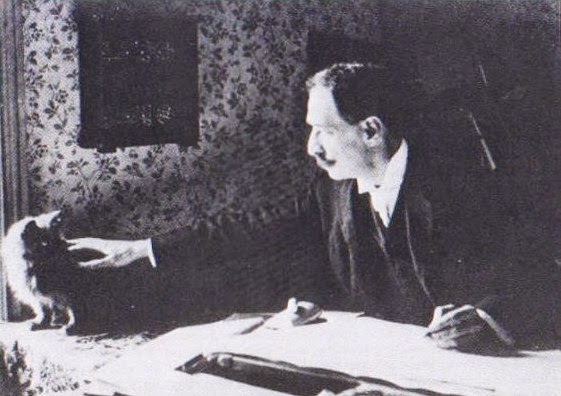 Louis Wain (1860-1939) was an illustrator who specialised in anthropomorphic cat imagery. He was born with a cleft lip, which at the time led doctors to recommend that he be kept from education until he was ten years old. Eventually, after what must have been a difficult childhood, he attended West London School of Art.

Louis was the oldest of six children and the only boy born to a French mother and an English father both of whom worked in textiles and embroidery.
Louis's father died in 1880 leaving Louis at twentyyears old to support his mother and five sisters. None of Louis's sisters married, however Louis caused great scandal by marrying his younger sisters governess, Emily Richardson. Tragically Emily died only three years later of breast cancer. Louis was said to have entertained his convalescing wife by drawing pictures of their cat Peter.
It was these drawings of cats that were to make Louis Wain a household name both in Britain and America as his illustrations were published in newspapers and magazines in both countries.
Louis lived in America, supposedly fleeing from debts, for over two years returning to Britain after the death of his mother in 1910.


"I take a sketch-book to a restaurant, or other public place, and draw the people in their different positions as cats, getting as near to their human characteristics as possible. This gives me doubly nature, and these studies I think [to be] my best humorous work." Louis Wain

There is much discussion about Louis Wain's mental health, his work developed through his life into a very psychedelic form, particularly considering the age in which it was created and it is the chronology of his work that has been studied and used as evidence of degenerating mental stability. Wain was known in Britain as 'The Man Who Drew Cats' and he was very successful publishing many books, postcards and cartoons up until the first world war. His career waned after the war and he struggled to make a living.
Louis was certified insane in 1924 and lived the remaining fifteen years of his life in mental hospitals where he continued to practice his art. 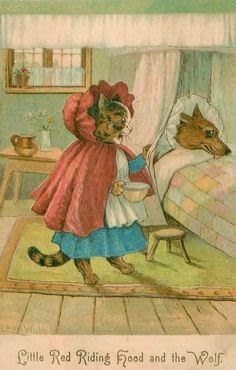