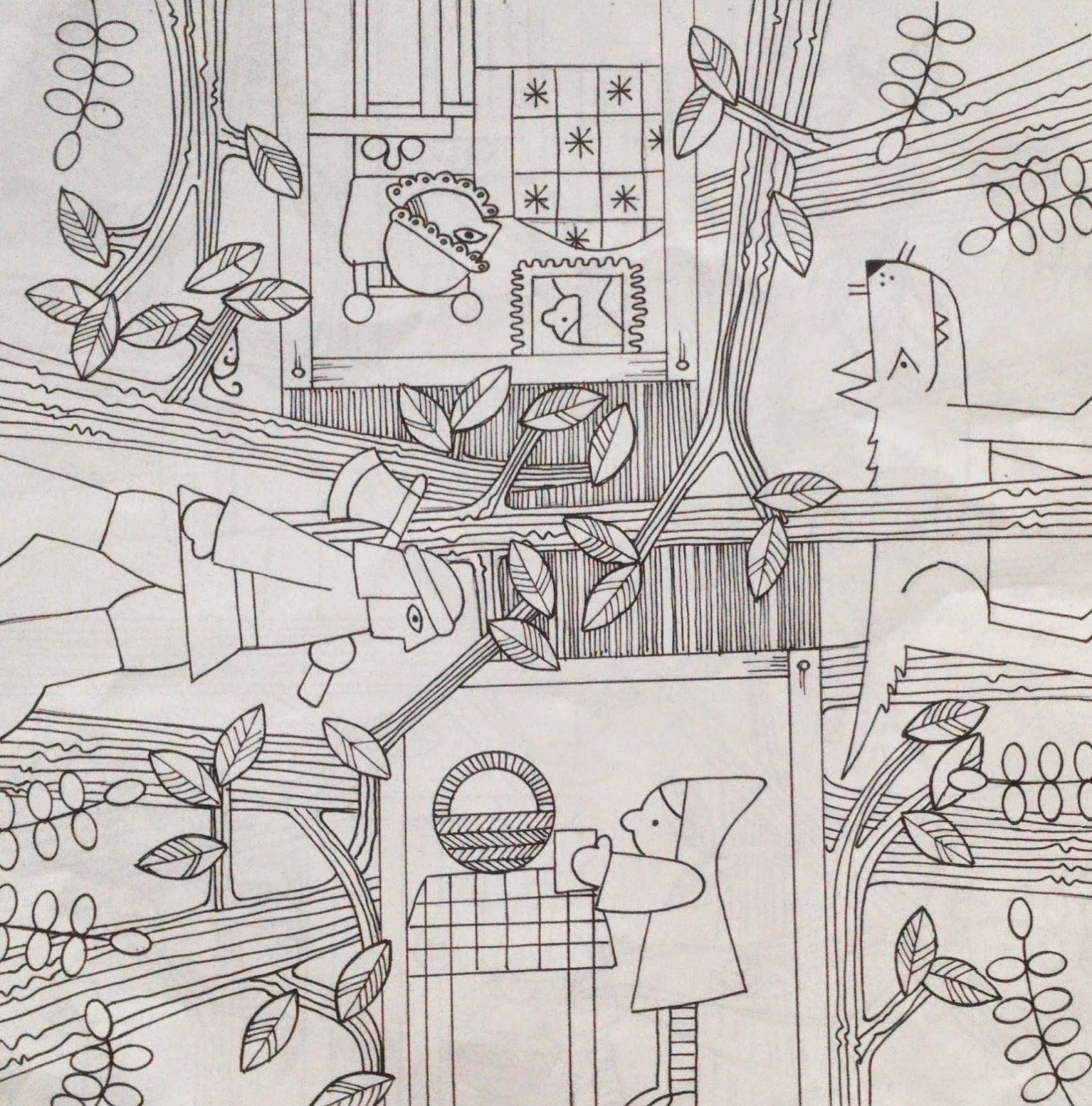 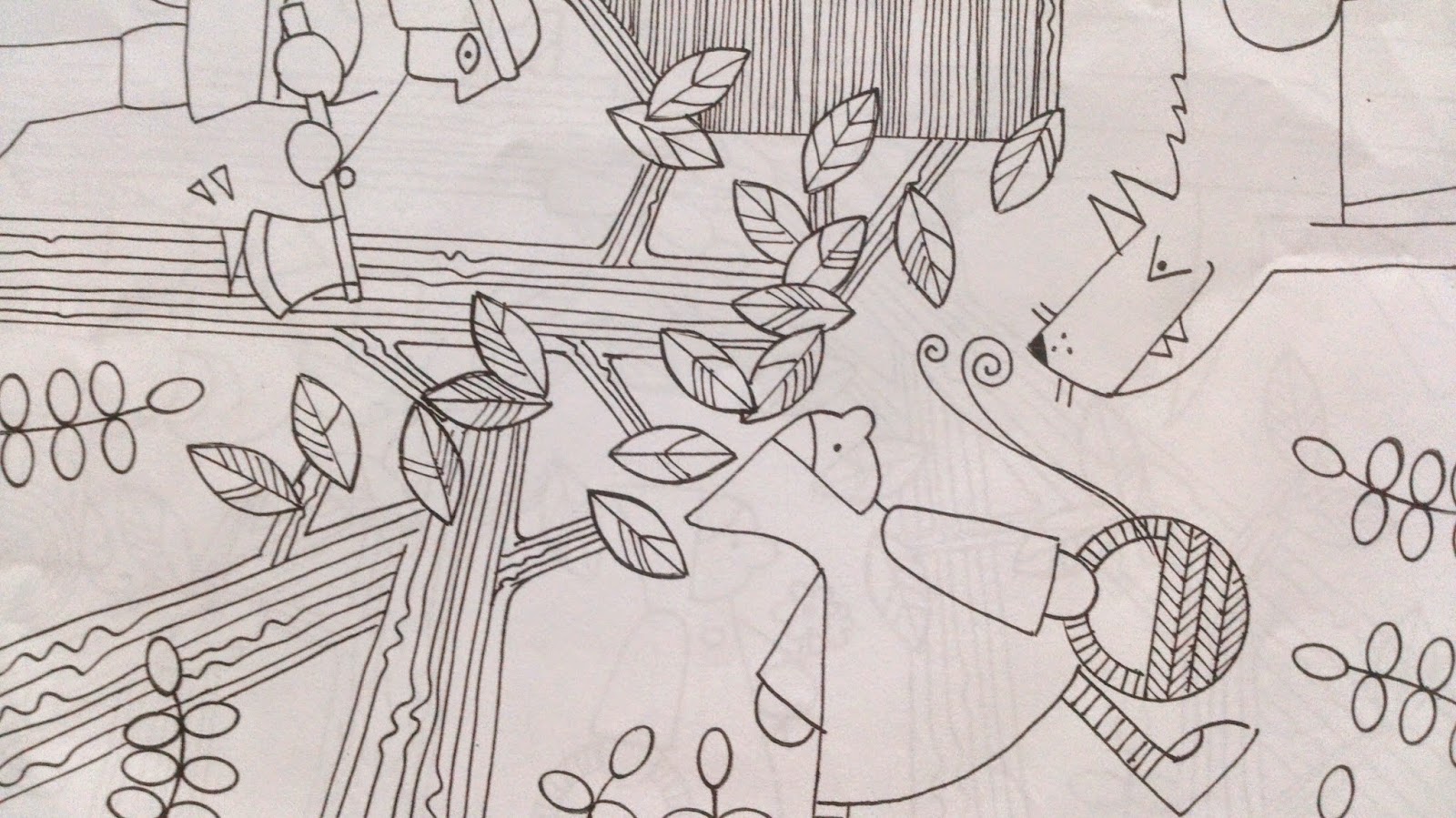 
"It can be read by one child a page at a time as is traditional or it can be read concurrently by four children who follow a character each. we have used it in school with both the younger children and as an aid to looking at the different viewpoints of a story with the older ones. "

John Fidler's book is a monochrome, patterned book which has an almost Egyptian feeling as the characters are all in profile. The illustrations featuring the actions of all four characters are very map like and lead you around the page on complex paths of branches that weave the story together.
Posted by Hazel Terry at 06:00