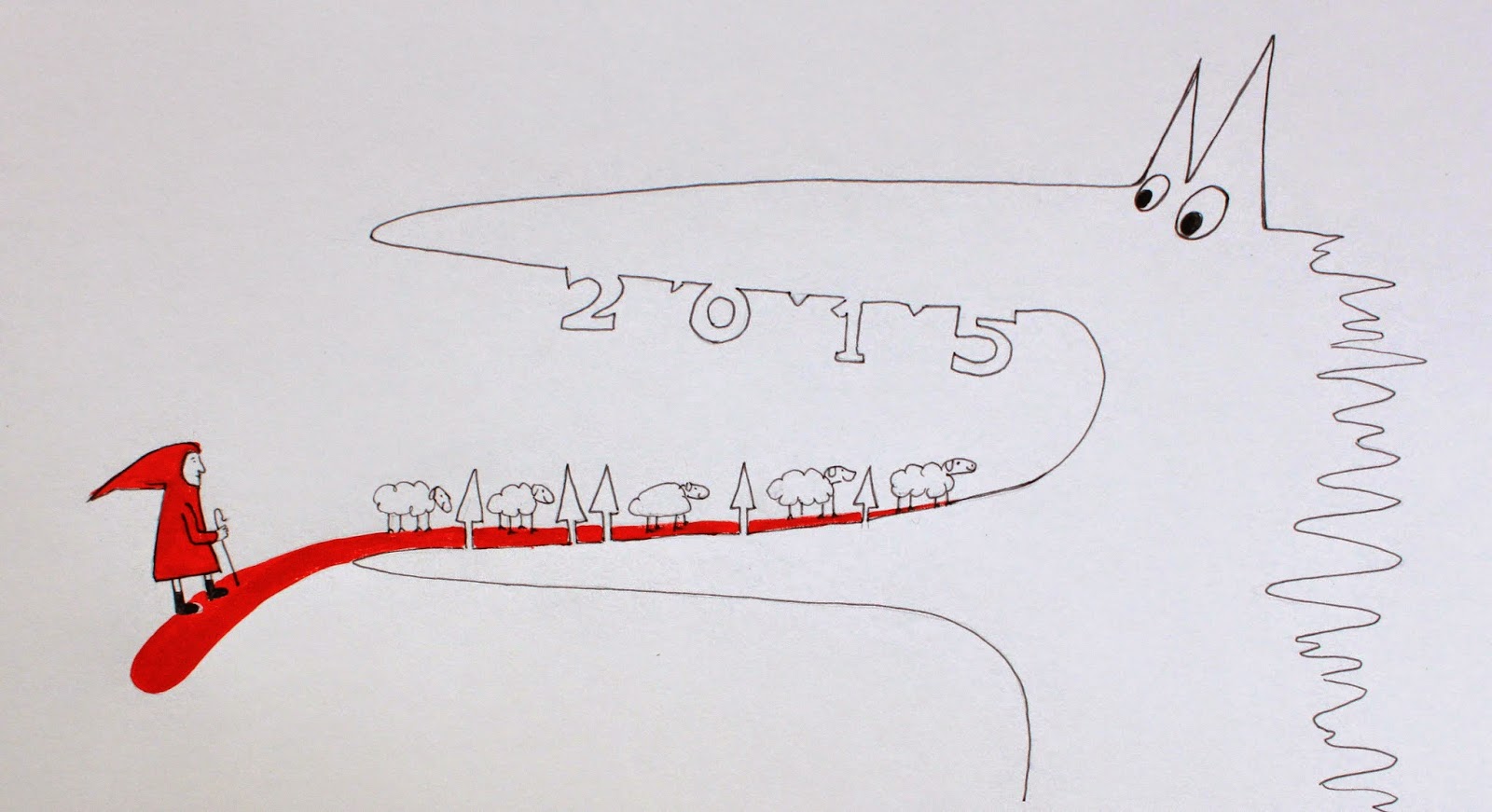 I have been thinking of how to mark the New Year 2015 with a Little Red illustration.
This was my first of two works celebrating the new year.
I wanted to include sheep as it is also going to be the Chinese year of the sheep. So I have made Little Red a shepherdess, while the forest and year number are the wolf's teeth.
I have made versions of Little Red with the wolf's tongue as the path before and I like the way it works like a red carpet into his mouth.